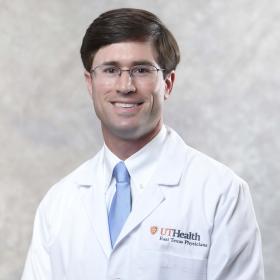 Charles J. Keith, Jr., MD, is a bariatric surgeon who practices at UT Health East Texas Physicians in Tyler. Dr. Keith believes “the care for each patient must be individualized to that patient’s health goals. There should be no ‘one-size-fits-all’ care plan.”

Board certified in general surgery, Dr. Keith was inspired to devote his career to obesity when he discovered that the benefits of bariatric surgery extend far beyond weight loss. He performs sleeve gastrectomy, gastric bypass, duodenal switch, revisional bariatric surgery, and endoscopic therapies at the UT Health Tyler Bariatric Center. He also is trained in anti-reflux surgery, other disease processes of the foregut, and all areas of general surgery, including cholecystectomy and hernia repair.

American Board of Surgery, Board Certification

Bachelor of Arts: Economics, University of Texas at Austin

Husband and wife work through their bariatric surgeries together!
END_OF_DOCUMENT_TOKEN_TO_BE_REPLACED

Husband and wife work through their bariatric surgeries together!

Sometimes it is easier to do difficult things when you use the “buddy system.”

For the husband and wife team of Don and Lori Cupples, losing weight and recovering from gastric bypass surgery was much easier because they did it together at the same time.

The two live in Chandler and are patients of Dr. Charles Keith, a board-certified bariatric surgeon at the UT Health Tyler Bariatric Center. Don is 49 and is an English teacher and coach at Jacksonville High School. Lori, 52, is a dental receptionist in Tyler.

Prior to their surgeries, Don weighed 330 pounds and also suffered from high blood pressure and sleep apnea. Lori weighed 275 and over the years has dealt with a number of health issues, including a mini-stroke, high blood pressure, acid reflux, a hernia and plantar fasciitis.

“I have struggled with my weight since getting out of high school and having children,” Lori said. “I would work really hard at it, but I just kept gaining more weight. I realized that the only thing that helped me lose weight was to have a restriction on my stomach.”

Don started gaining a lot of weight after the couple married seven years ago. Lori’s cooking and going out to restaurants a lot packed another 70 pounds on his 6’ 5” frame. “He could eat a huge plate of food and then be hungry again two hours later,” said Lori. “A regular diet never worked for him because he was always hungry.”

Lori had earlier consulted with Dr. Keith after she had gastric sleeve surgery at another hospital. This time, both she and Don saw Dr. Keith about possible bariatric surgery options.

While there are a couple of different versions of gastric bypass surgery, the basics are the same. The surgeon will divide the stomach into two parts: a much smaller pouch and the larger remaining portion of the stomach. The small intestine is then connected directly to the pouch, which bypasses the rest of the stomach.

This results in a smaller stomach that gets filled more quickly, thus keeping the patient from eating as much as before.

Afterward, Don and Lori saw a big change in their weight and improvement in some of their other medical issues as well.

As of September 2022, Don had lost 155 pounds, stopped needing blood pressure medications and no longer suffers from sleep apnea. Lori lost 80 pounds, her hernia was repaired and she no longer has plantar fasciitis in her feet.

“Dr. Keith is fabulous and his bedside manner is top-notch,” said Don. “The day after the surgery he called to check on us and to make sure everything was going the way he wanted. He’s a true professional and goes above and beyond what we expected.”

“We would highly recommend him and his staff to anyone who has struggled with their weight without good results. They should go see Dr. Keith,” Lori added.

Good choices for nutrition and exercise

Dr. Keith’s staff told Don and Lori to focus on eating lots of proteins and drinking lots of water. Protein shakes are a great way to get more protein into their diets.

“Don drinks a lot of water during the day,” said Lori. “I like water and sugar-free ice tea. I prefer to eat meals with lots of protein, but will still drink protein shakes occasionally because I know I need to.”

Their eating habits have changed as well. “We now share food a lot,” she said. “We just feel totally different about food. You eat what you need, but you don’t stuff yourself or you may get sick.”

They have also stepped up their activity levels. They enjoy walking their dog together. Don also likes swimming, while Lori likes to exercise at home on their treadmill.

“Neither of us are as tired as we used to be,” said Lori. “I would get home from work and would be ready to go to bed, I was so drained. I don't feel like that anymore.”

Their newfound energy will help when they visit their seven grandchildren who live nearby. They will also start planning their summer vacations for when the school year ends. They hope to visit their son and new daughter-in-law in Florida soon, with some Spring Training baseball games on Don’s “bucket list.”

Now more mobile and healthier, Don and Lori are looking forward to traveling more – an activity that also works well with the “buddy system.”

For more information and to find out if you qualify for weight-loss surgery, visit our web page or call our office at 903-593-0230 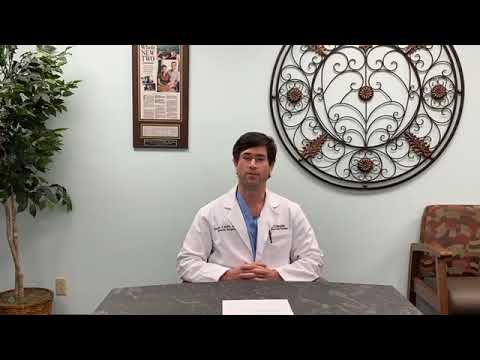 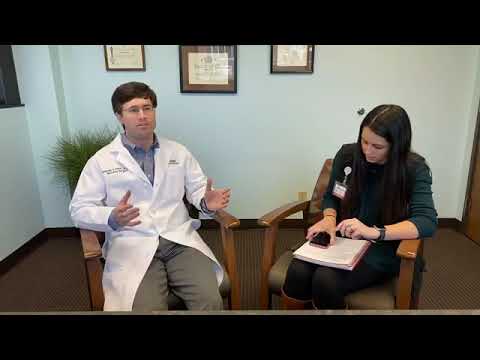 Did you know that being overweight can significantly increase your risk of heart disease? Tune in as we talk with Dr. Charles Keith about how bariatric surgery can help. 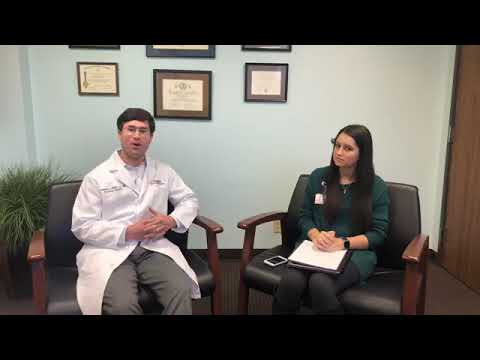 Select Your Insurance Provider Below:

If your specific insurance provider is not listed, please call 903-596-DOCS (3627) to schedule an appointment.

Back to Insurance Select

LEAVE A REVIEWSEE ALL REVIEWS

Great Dr and staff. The procedure I had has effectively changed my life for the better. I am very happy that I chose to have Dr. Keith as my surgeon.

He is a fantastic doctor with a great bedside manner.

Dr. Keith and his staff is awesome! They are friendly and helpful. They answered all my questions and very knowledgeable in the process and procedure I was having. (Gastric Bypass) They eased my nerves and made me very comfortable going into my surgery. All went well, and I’m so thankful that they have been there for me whenever I needed them. This is a life changing event and I’m glad that I had the best team in my corner!!! Thanks a whole lot!!!

Dr. Keith performed an emergency cholecystectomy (gallbladder removal) on me three weeks ago. He was very reassuring that all would go well. It did! He explained thoroughly what was going on in my belly and what I would experience during and after the surgery. You can be confident that you are in the best hands with Dr. Keith.

Great experience with weight lost journey. Very knowledgeable staff and doctor who cares about your health issues. They even have a support group that helps with learning how to live with new eating habits and how to eat healthy. Wish I would have did it sooner. Already off 4 pre diabetic prescription. If you are thinking about it please go get a consultation from Dr. Keith It’s worth it!

Thank you Dr. Keith for being such good and caring person. The staff was just awesome thanks alot everyone.

Dr Keith was a delight to work with during my surgery. I never felt rushed. He always sat and visited while making sure everything was ok and I was doing well. A great listener.

Dr. Keith is a wonderful, caring man and surgeon. He was concerned and helpful every step of the way preparing me for surgery, which included contacting some of my other doctors. His office staff is fabulous and I felt like I’ve always known them. My experience was superior!

I had a very positive experience with my weight loss surgery. I had no complications and I'm having very good weight loss success. Dr. Keith is awesome and I highly recommend him. Everyone at the office is very nice and helpful. I couldn't ask for a better experience.

One of the best doctors i have experienced

Dr. Keith is amazing kind explains things very knowledgeable of your condition and your concerns. I had a hiatal hernia that was huge I was told 75% of my stomach was inside my abdomen wall. Dr. Keith fix this for me and I feel like a new person thank you Dr. Keith

Dr. Charles Keith is like a close friend. He explains everything you want to know. He encourages you to keep going and is always positive and up lifting. He has great bedside manners and he or Dr. Babineau checks in on you every day. Great encouragement. If I had to do my surgery all over again, I would in a heartbeat.

Dr. Keith performed my daughters surgery. He was very thorough and explained everything on a level she could understand . He was very compassionate and provided her comfort during a difficult time. I would highly recommend Dr. Keith.

I have had a great experience with Dr Keith at Tyler Bariatrics. I could not be happier. All questions and concerns are addressed and explained at a level you can understand. Highly recommend him.

I have nothing but positive things to say about Dr. Keith. He truly listens and remembers details from prior conversations which is rare for a doctor these days. I had a potential medical concern. He called prior to surgery to talk through the details, just to have plans in place, which put me at ease. Can't thank him enough!

One the best MD In Tyler Tx, Great Staff and all. AMAZING PEOPLE!

Dr Keith and his staff are wonderful.... I had my surgery one year ago December 14th it was the best surgery I have ever had before, the best hospital visit. I have had many hospital stays due to surgeries and chemo from stage 3 ovarian, colon,and small bowel cancer in the 1999... Dr Keith is remarkable.... He has changed my life ... God bless him , and his amazing staff.....