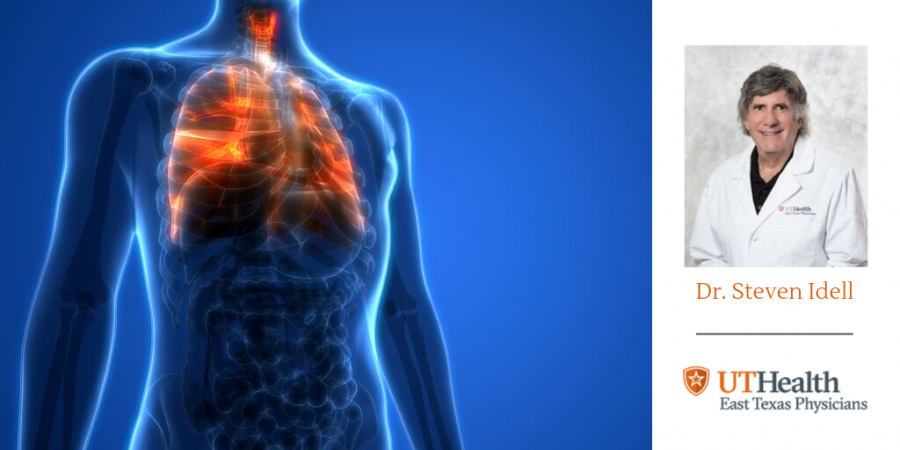 The term pulmonary fibrosis generally relates to diffuse scarring in the lungs, as opposed to local scarring that can occur following a pulmonary infection or trauma. There are many different causes of diffuse pulmonary fibrosis, among which idiopathic pulmonary fibrosis (IPF) is the most common. While IPF is often classified as an uncommon lung disease, the recognition of this form of pulmonary fibrosis seems to be increasing. Early IPF may be asymptomatic. More advanced disease is characterized by progressive pulmonary scarring and the development of shortness of breath or cough.

The cause of IPF is unknown, but identification of the key pathophysiologic derangements is an area of active investigation. IPF is usually seen in older individuals, with males more often affected than females. Genetic, environmental and immunologic factors may all influence the development of IPF and its progression. Cigarette smoking, for example, is strongly implicated in IPF. It may be that the interplay of a given person’s genetics with exposure to viral infections, environmental agents or drugs predisposes an individual to the development of IPF. In up to 10% of cases, IPF may occur in more than one member of a family, which is called familial IPF.

A range of imaging techniques have been shown to be useful in the diagnosis of IPF. The screening chest X-ray may show interstitial lung disease, suggestive of diffuse scarring. In early disease, the chest X-ray can be normal, with abnormalities better seen with high-resolution CT scanning. The patterns of scarring by CT scanning can be strongly suggestive of IPF in the appropriate clinical context or suggest an alternative cause of shortness of breath. Pulmonary function tests are done to confirm the presence of derangements consistent with diffuse pulmonary scarring. Blood testing is done to screen for underlying alternative diagnoses. A bronchoscopy with bronchoalveolar lavage is sometimes similarly used. If there is doubt about the diagnosis of IPF, a lung biopsy may be considered.

Two drugs are now approved for the treatment of IPF, nintedanib (Ofev) and pirfenidone (Esbriet). Neither are known to be curative, but both may slow disease progression. Oxygen therapy will usually be required at some point. Pulmonary rehabilitation may be helpful, as may psychological counseling depending on the individual circumstances. A lung transplant may be required in carefully selected, appropriate patients.

The search for new and better forms of treatment for IPF is ongoing and several new agents are in clinical trial testing (clinicaltrials.gov). Based upon discoveries made by investigators at The University of Texas Health Science Center at Tyler with the support of the National Institutes of Health, a UT System/investor-funded biotechnology startup called Lung Therapeutics, Inc. (lungtx.com) is sponsoring a phase 1 safety trial in late 2020. The trial is for a new inhalational agent designed to block the progression of IPF. This drug is not currently available for clinical use and will need to first be shown to be effective in phase 2 clinical trial testing, once it is demonstrated that the drug candidate is well-tolerated in phase 1.